All recordings presented below are posted in this page with due permissions from their respective owners. Banana Rising Recording Studio does not own any of the recordings below.

From time to time, more samples are posted on our Facebook page.

Over the years artists have been recording here and releasing stuff on Spotify. I made a playlist that I've been updating every now and then. Check them out here: https://open.spotify.com/user/12137007968/playlist/2evkyTuuXHTvgx6YKXn0hW

Here are samples from the band Gracefilled. Check out their Facebook page: www.facebook.com/gracefilledmusic


Here's a short sample of 2 songs from 2 Philippine-based artists--I-Ray and Talahib. These were used as preview mixes for the 2 bands so that they could review them and finalize later on (so you know, 'scuse the compression). The final mixes are different from the ones posted here, and depended on the preferences of each of the 2 bands.

Here's a trippy sample from a band called Bopek.


Here's a pop-punk sample from Denzel Magat, who played everything you hear in the track below.

Here's an upbeat sample from Deo Cruz, who (with his friends Marvin Bea and Pao Vivas) did everything in just a couple of hours. Yes, those couple of hours included the mixing and finishing processes.

(Pao Vivas did all the video work for this one.)


Here's a couple of samples from The Haneps' Christmas Double Single, which is by the way, downloadable for free.


If for some reason you can't download the songs from The Haneps' album above, try this:


Here's a sample from Mighty Man, from their 2011-released EP. This track is downloadable for free.

Here's a live recording of a band called Mahasa. They did this for documentation, because they have jammed some songs for so long but they have not had time to properly record them. So they recorded them, mistakes and all, as if it was just another rehearsal.

This is a live recording. There were no overdubs made here.

The songs contained in the above samples are the property of the respective artists. All rights are reserved.

Here's the official jingle / opening theme song for the show "Wazzup Pilipinas" that airs Saturdays on IBC-13. The song is composed by Dave Aguila, and was arranged, recorded, mixed and mastered by yours truly.

Here's Aldreen Alcantara (17 years old at the time) doing a drum cover of August Turns Red's "Provisions" as his entry to a Vic Firth contest. Drums were recorded, mixed and mastered here, and then Aldreen put the backing track on by himself.


(Video taken and processed by Aldreen and his sister Aileen)


Here's Friction Beat Duo doing a live performance (one take!) for their audition /VTR as international music performers. The duo has played for a few years in South Korea and is preparing for their next adventure.

Here's SiriusFourdoing a live demo performance of classics and recent hits, in preparation for their next venture as cruise ship performers.

(Video work by me. Ask me about my video rates.)

Here's a live performance video from Bopek, recorded and filmed here in the studio.

Here's a live performance video from Trisem, recorded and filmed here in the studio.


Here's a live performance video from Shutter Tones, recorded and filmed here in the studio.


Here's a live performance video from Article 101, recorded and filmed here in the studio.

This is a mock radio ad made by some students for their school project (non-commercial use). This recording is commissioned, owned, was created and features the students Yujin, Marc, Mikie, Angie, Arianne and Mikka of San Beda Alabang. The recording also features a short clip of the song Devilution, by the band High On Fire. Dutdutan, Devilution and all the contents and trademarks contained in this clip are owned by their respective owners (which does not include Banana Rising). All rights are reserved.

Note that the recording was not commissioned by Dutdutan or any of its partners, organizers, affiliates, etc., and was recorded without intention of commercial benefit.


All recordings presented above are posted in this page with due permissions from their respective owners. Banana Rising Recording Studio does not own any of the recordings above. 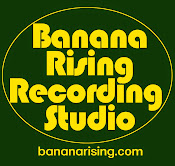 Mostly in it for the pleasure.

The studio is being offered with the independent artist and the budget-conscious in mind, so we keep rates affordable while making sure you get to hear the sound in your head.

Promote your Page too